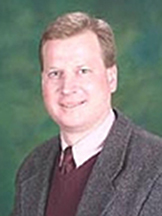 Brinkman is a sociology professor at WVC and has taught sociology at the college or university level since 1992. Prior to teaching full-time at WVC, Brinkman served the cities of Aberdeen, Wenatchee and Leavenworth, the latter as city administrator. Both his bachelor's and master's degrees are in sociology from the University of Oregon and Iowa State University respectively, and he served in the United States Peace Corps from 1990-92 in Central America. Brinkman has served many years with charitable organizations including The United Way and Red Cross, and performed comedy magic for many years benefitting such causes.

He hiked the Pacific Crest Trail (a 2,650 mile footpath from Mexico to Canada) from April through September, 2015, and explored not only the incredible majesty of the trail, but a subculture of those who attempt to hike the entire length of the trail. He studied the long-distance hiking subculture as a participant observer and conducted interviews with fellow thru-hikers along the length of the trail. His journey took 150 days. He shared photos and stories about his trek in the first annual WVC Lecture Series.

Brinkman is collaborating with Marshall University sociology professor Dr. Kristi Fondren, who pioneered the first of such studies on the Appalachian Trail (AT), the PCT's sister trail on the Atlantic coast and one of three long trails in the United States. Fondren and Brinkman plan to present the first paper on the PCT subculture at the Society For The Study of Symbolic Interaction conference this August in Seattle. They hope it will be the first of many papers and publications. A few of the focal points of the research include the very strong emotional bonds that develop among long-distance hikers, how 'trail names' affect personal identity, and how our society and world could learn from the long-distance hiking subculture.