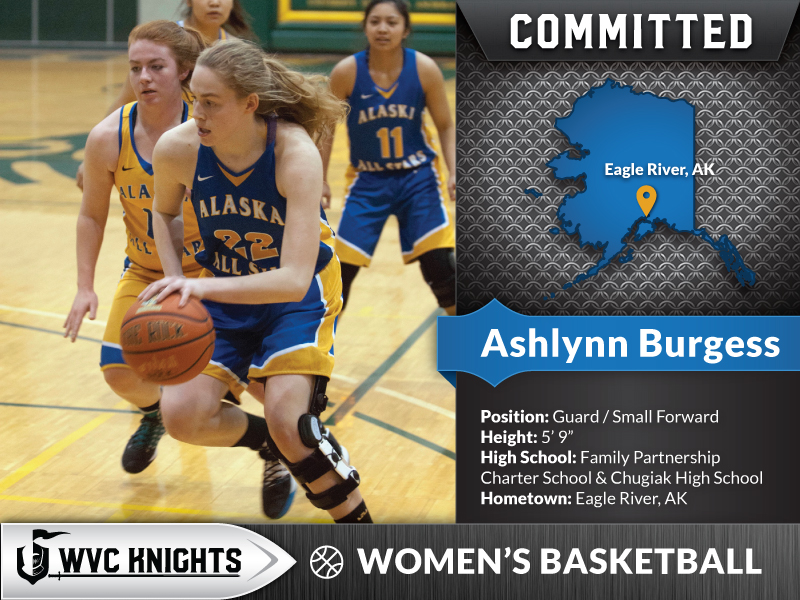 The Knights would like to welcome Ashlynn Burgess from Eagle River, AK.  Burgess is a very involved, well rounded student athlete with numerous accolades. She is the President of the NHS through her charter school organization and is also a member of the NHS of French Language Students. During her high school career she was All Cook Inlet Conference 2015 & 2017, Second Team All-State 2015 & 2017, and also made the All State Tournament Team 4A for 2015 & 2017. Burgess' contribution to her teams success was monumental. She averaged 12 points, 10 rebounds, 2 assists, 1 steal, and 1 block per game. We are looking forward to adding the double-double power she brings to the floor! Ashlynn intends on majoring in Science and International Studies.  When Burgess isn't playing basketball she enjoys hiking, biking, watching Star Wars, and volunteering. She chose Wenatchee because, " I love the friendly environment of the faculty and students. Also I love the area around Wenatchee which reminds me of my mountainous hometown in Alaska." We are so excited to have Ashlynn be apart of our team! Go Knights!