A light social hour will begin at 6 p.m. 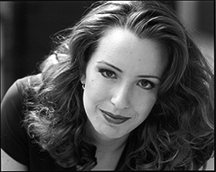 Calcamuggio has received top prizes in the Palm Beach Opera, Bel Canto and Shreveport Singer of the Year competitions, and has awards from the Chicago Women’s Musician’s Club and the Anna Sosenko Trust. She is a former participant in young artists’ programs at Florida Grand Opera, Glimmerglass Opera, Chicago Opera Theater, Opera Theatre of St. Louis, as well as the Aspen and Brevard Music Festivals. 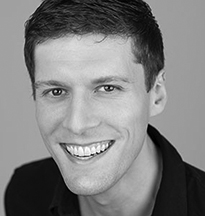 Nicholas Shaneyfelt is visiting assistant professor of music in collaborative piano at Luther College in Decorah, Iowa. He completed his doctoral studies in the collaborative piano studio of Martin Katz at the University of Michigan. Prior to Michigan, he served as staff accompanist for the University of Massachusetts Amherst’s Department of Music and Dance. Shaneyfelt currently accompanies Luther College’s Nordic Choir.

Originally from Knightstown, Indiana, Shaneyfelt received bachelor’s degrees in music and computer science from the University of Notre Dame, and a master of music degree from UMass with a dual focus in solo and collaborative piano. At UMass, he was the recipient of the 2011 Eugenie May Piano Award. While at Notre Dame, Shaneyfelt was the winner of the university’s concerto competition.

This performance is made possible through the support of Wilfred and Kathy Woods, and the WVC Foundation.