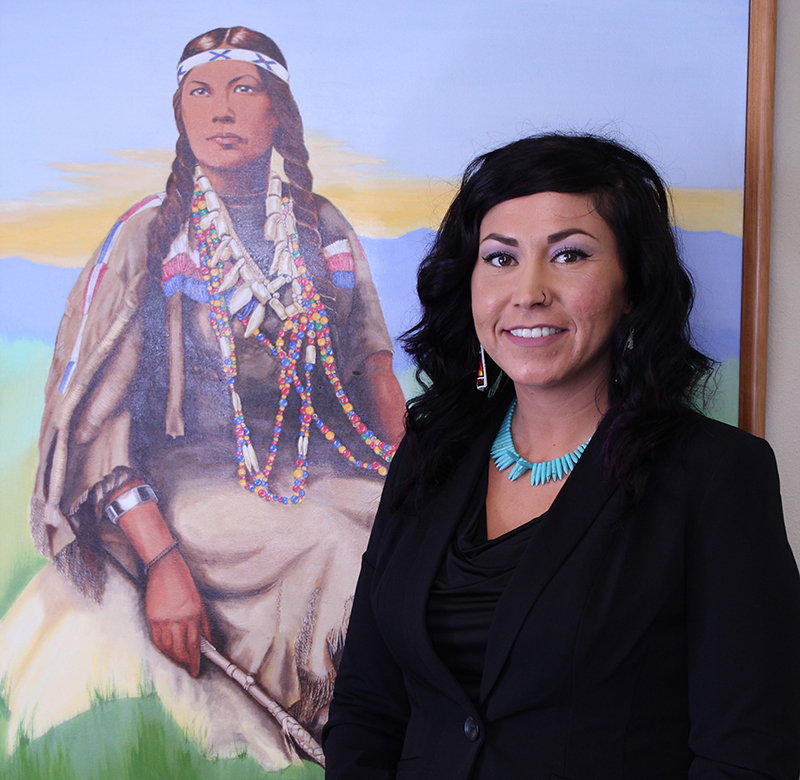 Wenatchee Valley College at Omak student Monique Bourgeau is one of five winners of the Washington State Association of College Trustees (ACT) Transforming Lives Award. Bourgeau will be recognized at an awards dinner in Olympia on Jan. 23, where she will also receive a $500 cash award from ACT.

The ACT award recognizes current or former students whose lives have been transformed by attending a Washington state community or technical college.

Bourgeau is a member of the Colville Confederated Tribes. She took her first drink of alcohol when she was 12 years old and later became involved with a young man who was also drinking. One day, he left and never came back. He died in a drunk driving accident in 2006, and her drinking took a turn for the worse due to loneliness and isolation.

“In 2013, having suffered enough and seeking to end the cycle of trauma, I stopped drinking. I started to believe I should learn my native language and the ways of my people,” Bourgeau wrote in her award nomination statement.

Livia Millard, WVC at Omak Multicultural Coordinator, invited Bourgeau to the Mourning Dove Symposium at the Omak campus, where she met other women fluent in the nselxcin dialect of the Salish language. Not long after attending the symposium, Bourgeau moved into the nselxcin language house in Inchelium and enrolled at WVC at Omak.

“Not knowing who you are affects confidence and understanding,” Bourgeau said. “Through a diet of language, history and culture, I found my higher purpose and who I was.”

After completing her education at WVC at Omak, she plans to pursue a bachelor’s degree and then a degree in law in order to help her people protect creation and provide a sustainable future.

“The responsibility I have to my people became a reality the day I attended the Mourning Dove Symposium and decided to enroll at WVC at Omak,” she said. “Community college helped me see that the only way for me to help my people is to stay in college and get a degree in law; an education is a form of activism itself.”