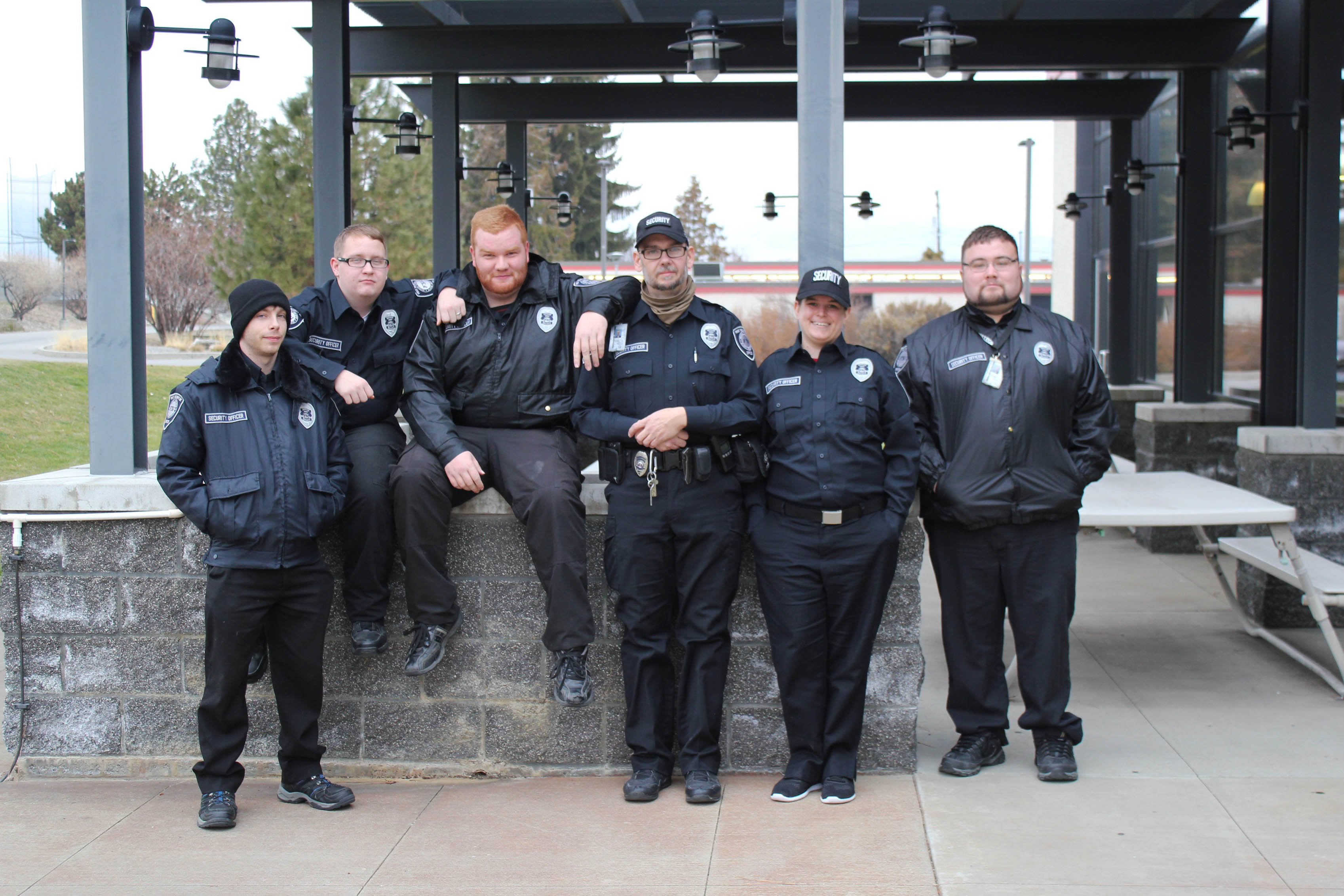 “I will give all that I can and I will continue to grow and learn so I may give more and more, for that is who I am, a servant ready to serve.”

Officer Tim Menzies came from an Idaho mountain town and moved to Wenatchee for a new challenge. He has worked for WVC since January 2017 as a night officer and in September 2017 he was appointed as the supervisor of the security team. Supervisor Menzies has skills in both self-defense and survival, and he also has a personal interest in military tactics, law enforcement and psychology. He is planning further studies in criminal justice. You can find Supervisor Menzies during the day patrolling the buildings and grounds; enforcing campus rules; giving information; ticketing violators; helping students, visitors and vendors; answering security calls; or during the afternoons in the security office working on schedules, security reports and time cards for his officers.

“I will continually look for ways to apply my valuable skills to the benefit of WVC.”

Officer Aaron Foreman has worked in the security field since 1993. In that time he has gained experience and training in CPI Nonviolent Crisis Intervention, NRA active shooter certified, Terrorism Awareness, Flight Operations, First Aid and CPR, and Martial Arts, to name a few. He has one year of college and plans to complete a degree in criminal justice. Aaron is married with three young children who wait for him to come home in the morning and are there to wake him in the afternoon. His hobbies include spending time with his family, going to the gun range and studying history. You can find Officer Foreman at night covering buildings and making sure the campus night life is safe and sound.

“I’ll do whatever it takes to get the job done so long as it is physically possible, ethically right and sound business-wise”

Officer Trevor Shultze has worked with WVC as security officer since January 2017. He is a firefighter in the summers and has five years of training in fire safety. He is from Wenatchee and loves baseball, soccer and football. He is a man of few words but is working on that given the social atmosphere of the campus. You can find Officer Shultze most days in the morning patrolling the grounds, enforcing campus rules and ticketing violators.

Officer Travis Garwold has been with WVC since fall 2017 and lives in Wenatchee. He has a lot of life and work experience, from his time in Michigan and he is one of the most loyal men you’ll ever meet. He is engaged. Officer Garwold received security training from the military and his special skills include basic medical response, interaction with the public, speaking a second language and being flexible with scheduling. His main interests include spending time with his fiancé, studying past and current events and working. You can find Officer Garwold in the afternoons patrolling the grounds and answering security calls most days.

“I am a sheepdog, I live to protect the flock.”

Officer Andres Gonzalez has worked with WVC since July 2017. He is an officer that truly loves a challenge and is very adept and flexible in following good practices of security awareness and customer service. He loves law enforcement and has three years of prior experience in loss prevention, security and retail sales. He plans to further his education in technology and criminal science. His special skills include programming technology and security systems, self-defense tactics, and having a photographic memory. His hobbies are football, basketball, hiking, camping and fishing and his personal interests include technology and law enforcement. You can find Officer Gonzalez in the afternoons out and about patrolling the grounds, enforcing campus rules, helping visitors and vendors, or answering security calls.

“I enjoy the responsibilities and duties of guardsman ship- to help foster a safe and welcoming community and environment.”

Amanda Kopak has only just begun her career in security but she couldn’t be more excited to help and to learn. Amanda graduated from Wenatchee Valley College in 2007 and is happy to be back helping to ensure the safety of the students and faculty. Amanda grew up in Malaga Washington, and has been a Washington state resident all of her life. Amanda enjoys horseback riding, reading, writing, and psychology. She currently lives in Wenatchee with her husband and two cats: Rose and Gomez. You can find Officer Kopak during various shifts.